It's been a tough couple of months across Australia with COVID restricting most of us from travelling. But we're coming out of lockdown and it's time to start packing for your next adventure.

Now, don't expect wifi, air conditioning or a hotel buffet, but you can expect crystal clear waters, no crowds and wild life you may not have seen before!

No doubt you’ll be asking yourself “is this even real life?” when you cast your eyes on the epic scenery you’ll score from ditching the glam of hotels for the adventure and solitude of camping.

And Here They Are...

Located within Murramarang National Park, Pebbly Beach is a real charmer. Only a short walk to the beach and the bush, you’ve got your daytime activities sorted, which, if it isn't too chilly, will definitely involve snorkelling in the crystal-clear waters. Plus, Murramarang has the best wildlife around so you can actually hang out with friendly kangaroos as they roam around the campsite.

Its is only about four hours from the heart of Sydney, meaning you can even wake up early and spend your weekend here. Wake-up to the incredible surrounds of Bouddi National Park, which means the sounds of wildlife and a helluva lot of greenery. Just a short drive up to the Central Coast, The Putty Beach campground (located in the national park) is just a few steps away from the sandy shores and still feels like a bush camping spot.

By the way, it’s a top spot to swim in rock pools, fish and hike. And we highly suggest you do the Bouddi coastal walk (yeah, it’s ten times better than the Bondi to Bronte one), which takes you all the way to Gerrin Point lookout.

On the side, mobile coverage exists at this campground, meaning your Stories should go through most of the time.

It's only about two hours from the heart of Sydney, making it the perfect weekend getaway! As the name suggests, this campsite is horrendous. Kidding, it’s actually a stunning and green sanctuary that has a waterfront view pretty damn hard to beat. Decked out with hot showers, flush toilets (yes, you’re welcome), BBQ and laundry facilities, you’ll have a sweet set up for all your starry-night antics.

This one is slightly further from the heart of Sydney, about four and a half hours north! This one is a bit of a drive but it is definitely worth it. Head down to Mimosa Rocks National Park for the one place that will actually make you hit the pause button on your life problems.

Picnic Point is a well-picked name because this spot is perfectly picturesque for any kind of outdoor feeds you have planned and particularly at sunset. It’s only a rock-toss distance to the beach so you’ll fall asleep listening to the sounds of the crashing waves and wonder if this is what heaven sounds like.​

Again this hidden gem is about five hours from Sydney so you may have to take slightly longer than a weekend! 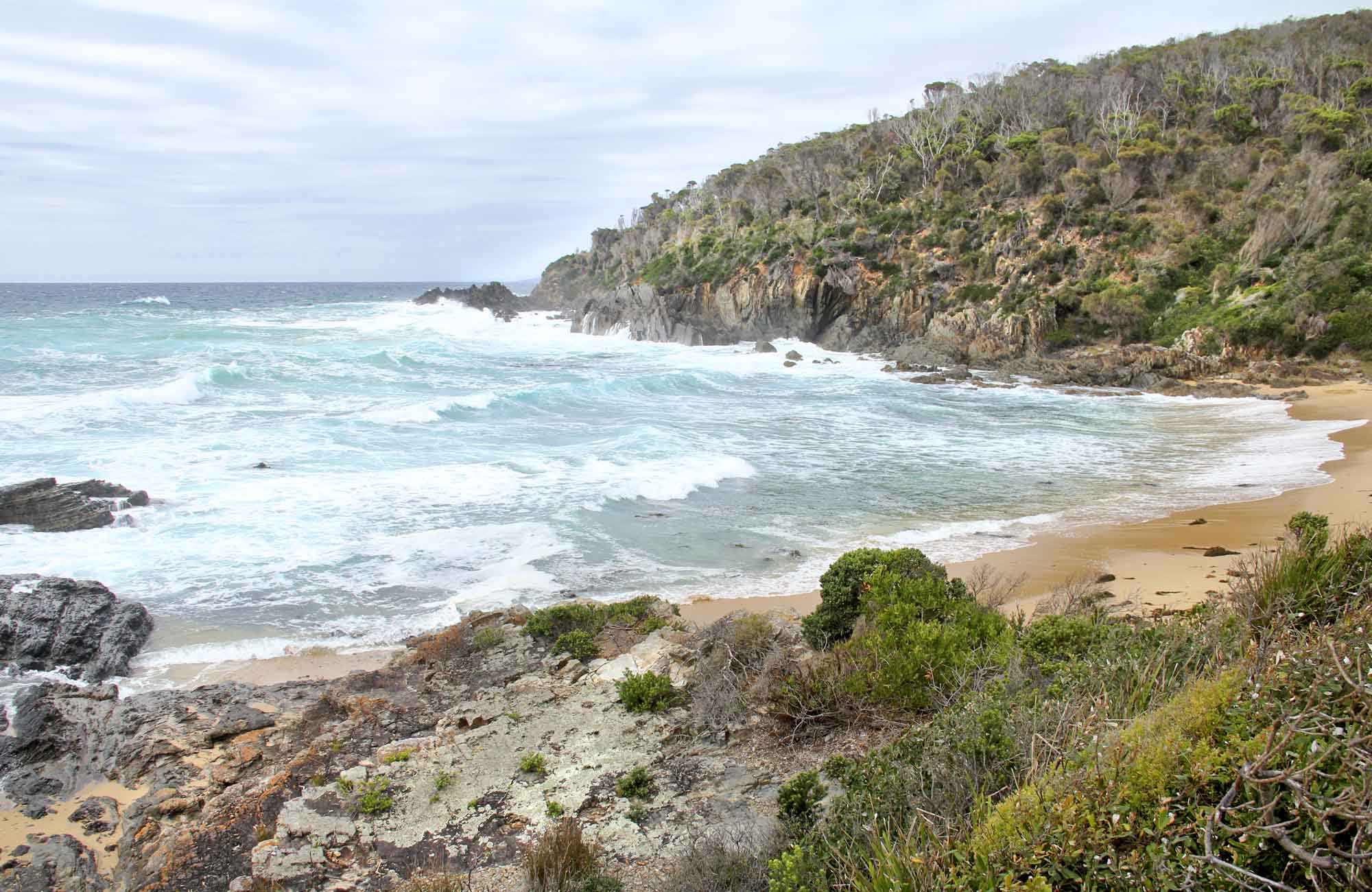 If unzipping your tent and having front row seats to watching the sunrise over the ocean sounds like your kind of jam, you’ll definitely want to hit up Diamond Head. This incredible headland is home to 75 camping sites, picnic tables, BBQ facilities, showers and toilets.

You’re guaranteed to make a few new friends (think kangaroos, wallabies and the occasional pod of dolphins), and get your Dora on hiking along the Mermaid Lookout track (yep, more stunning views). Best of all, this camping spot is pretty cheap too.

Diamond Head is about five hours from the heart of Sydney, so you may have to take a bit more than a weekend to enjoy yourself here (unless you wake up at 1am?) Well we hope you enjoyed this guide to our five favourite camping spots in the beautiful New South Whales!

If you have any that you love and that we haven't mentioned tell us in the comments below!